The Walking Dead Managed To Last This Long 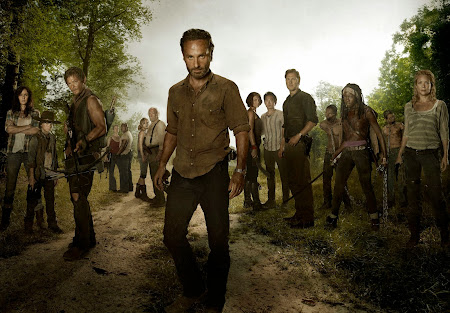 It is quite amazing that a lot of TV Series nowadays are perfectly good enough for a Movie. Not a TV Movie, but big screen blockbuster. What’s more amazing is a movie blockbuster turned TV Series. Not that The Walking Dead used to be a movie, but that something you would think won’t work on the small screen has lasted over four seasons.

Already signed and sealed for another season after this year’s fourth season, The Walking Dead TV series is a long drawn out TV show but with a lot of fans. I for one was skimming most of the episodes, unable to sit through, or to be more exact, lie still while zombies are grabbing the ever diminishing characters in this horrific TV series.

I mean talk about gloom and doom. I don’t know how these actors do it, but it’s pretty depressing, especially with this season’s debacle. The survivors are dealing with 21st Century virus that is killing them and creating more zombies in the other side of the fence. Hmmm. I kind of prefer zombies to remain under 120 minutes, with a definite ending of dead gools or for most zombie flicks dead survivors.
Posted by: Raquel at 12:00 AM